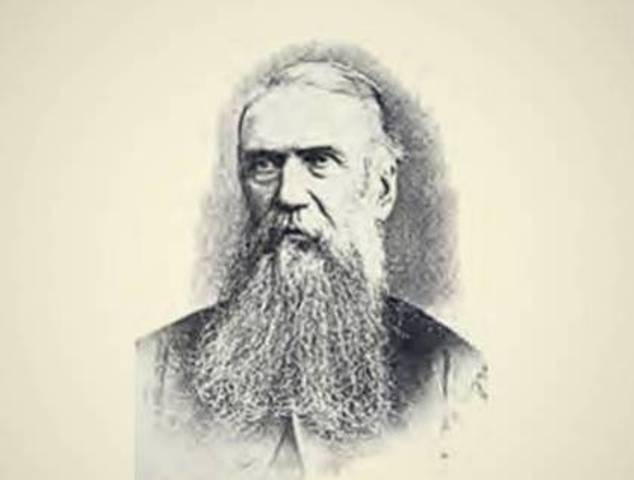 Forman Christian College, now a chartered university, is celebrating the 150th year of its establishment. At a time when the institution is gathering its best alumni and remembering yesteryears, it would be unfair to forget the work done by Dr Charles W Forman (1821-1894), the founder of Rang Mahal Mission School and The Mission College later named Forman Christian College, Lahore.

The college was named after Dr Forman, who was a great educationist and linguist. Since 1849, when the British annexed Punjab, he spent a large part of his time in educational work. He was associated with the work of the Education Department from the time of its formation in 1856 and served on many educational committees, besides being a member of the Senate of the Punjab University College (1870) and Punjab University (1882) until his death in 1894. He was greatly distinguished as the “Most Experienced Teacher in Punjab”.

In the beginning of January 1848, Dr Forman arrived in Calcutta. After a stay of a few months there and he went to Agra, where he developed an interest in native languages. His next destination was the newly-annexed territory of Punjab. He reached Lahore on 21 November 1849 accompanied by Rev John Newton (who afterwards became his father-in-law). They established a small Mission School on 19 December 1849, which was located outside Bhatti Gate, Lahore. Although it was an English-medium school, yet Dr Forman did not ignore the importance of Eastern languages and learning. He learnt numerous languages like Arabic, Sanskrit, Persian, Hindi, Punjabi and Urdu and was a great admirer of Urdu language and literature.

Maulvi Noor Ahmad Chishti, an eminent historian, was known as an expert in the teaching of Persian, Punjabi and Urdu languages to civil and military officers and the ruling elite who came to India in those days. He charged Rs 20 per month as tuition fee and devoted one hour daily to each student. About 2,000 foreigners learnt different native languages from him until his death in 1867. Dr Forman was also a student of Maulvi Noor Ahmad Chishti. Given his command and experience of Urdu, the Punjab Government appointed Dr Forman a senior member of the Textbook Committee on Urdu Books in 1873. Dr Forman wrote a large number of books in Urdu, a clear proof of his love for and devotion to the Urdu language.

During my MPhil research in various libraries and archives, I came across a large number of published writings of Dr Forman, written during his 45-year stay in Punjab. Most of his published Urdu writings are on social and religious subjects. His writings in Arabic comprise narrations of different chapters of the Holy Quran. In his Hindi writings he has highlighted educational matters. His love for Sanskrit poetry can be seen in his Hindi translations.

I have confined myself here to the works done by Dr Forman in Urdu only. I cannot claim that this list of works is complete, but it is a beginning. Many of his works are yet to be traced. A list of published writings of Dr Forman, along with the date of publication, is given below:

A version of this article appeared in The Nation on 5 March 2014.
Image courtesy of formanfriends.org

Author: The author was a student at FCC (1983-1987), doing his BA and then MA Urdu. He joined the faculty of FCC in 2003 and is currently a professor in the Department of Urdu. He has authored two books and over 40 research articles.