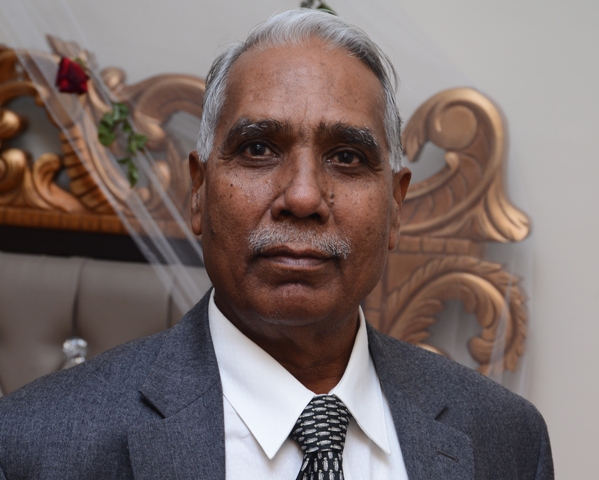 I cleaned out my dad’s room after his departure from this world on 28 September 2013. I thought I knew him pretty well but this activity helped me discover new things about him. It was almost like his office could talk to me and tell me about the person that I knew very little about. He had a stack of very interesting journals, religious books, mathematics books, novels and very fine poetry collection all of which depicted those traits of his personality that I was well aware of. Some of the traits included how well organized he was, his love for literature (though he was a mathematics professor), his spirituality and cleanliness.

In addition to the various things I found in his office, he also had a collection of his children’s achievements with little notes of appreciation written on them by him. I knew he loved me, but this particular discovery hit me hard, as the intensity of his love for his children sent a chill down my spine. Everything reminded me of various moments I spent with my father over the past 27 years. Writings, photos, objects and his books transported me back in time.

While going through his possessions in his room at home, which had so much to tell, I opened his closet to give away his clothes to the poor. I looked at his suits and shoes, then shifted my attention to his dressing table where he kept his watch, ring and other items. I came across a bright red box – my first impression was that it would have some gold item in it. Within a few seconds I had made a long list of assumptions of what the box contained: gold ring, bracelet, chain, or maybe bangles for my mother.

Breaking the long depressing silence my mom and I were working in, I told her that maybe it contained something for her as dad was so fond of surprising her all the time. A whirlpool of feelings washed over her, evident from her expression, as I handed her the box to open. To our surprise it was a coat pin, a souvenir from the 100-year celebration of Forman Christian College.

At once she recalled her conversation with my father about the souvenir. She told me how excited my father was and really looking forward to FCC’s 150th anniversary in 2014. He was happy for two reasons: first, it was his 50 years batch celebration; and second, it was the college’s 150 years celebration. Then she got up, sifted through some more things that belonged to my father and emerged with his FCC tie, FCC cuff links and even the suit which he had already decided to wear for the 150th anniversary Alumni Reunion.

At that moment, tears full of memories and regret that my father would not be present to attend the occasion he was most looking forward to, filled her eyes. And when she spoke it tore my heart all over again. “He certainly would have celebrated a lot,” she said. But God had other plans for him and I am sure they are way better than any man’s plan … 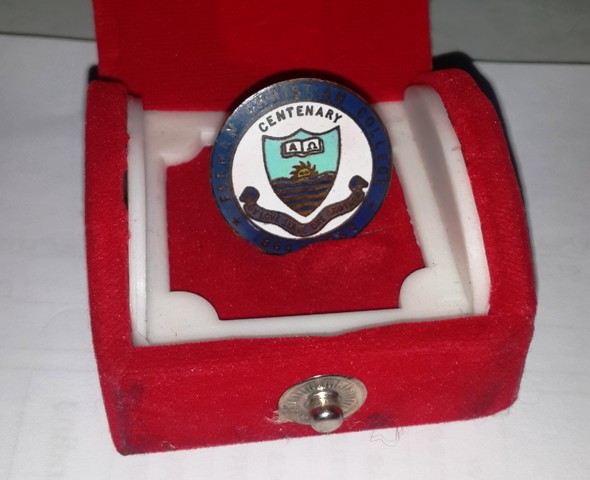 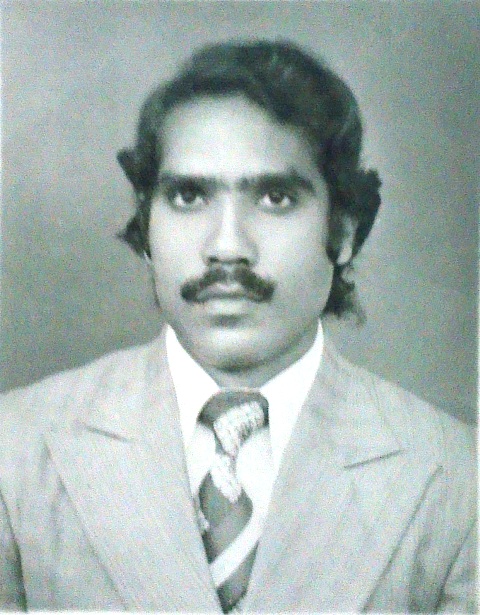 Jawaid Austin as a young man

Author: The author did BS (Hons) Business in 2009 and MBA in 2011 from FCC. Currently he is Institutional Research Officer in FCC’s Assessment and Institutional Research Office. His father Prof Jawaid Austin was also a Formanite, being a student at FCC from 1964 to 1969. He joined FCC as a faculty member in the Department of Mathematics (Intermediate) and passed away in September 2013.