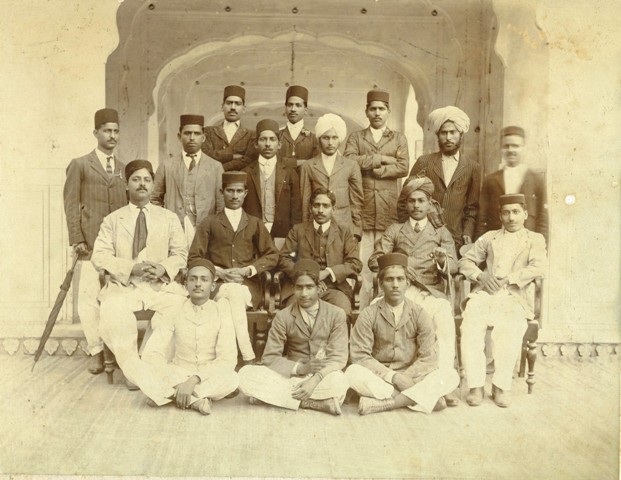 Following my three brothers who had graduated from the Forman Christian College, I joined in 1911 and studied there for two years. The Ewing era had blossomed to its height and the Forman College dominated the educational filed in Lahore. The Government College was there, but generally sore that the Formanites used to steal the thunder in the Punjab University. The cricket and the football trophies had been won by our Alma Mater and re-donated, with the name of the college coupled with that of the original donors as a proof of its prowess in the playing fields.

In our days, Dr J. C. R. Ewing was sometimes spoken of as Jhelum Chenab Ravi Ewing. Did this rather childish invention of the undergraduate mind in some manner foretell the final destiny of the college? Of the five rivers of the Punjab (not to speak of the mighty Indus) the College now bestows its special benefits to the youth nurtured on the soil fertilized by the three whose names were misquoted as the initials of the famous Principal.

Dr Wilson was then young, in fact very young. Dr Lucas had married Miss Nancy Ewing and, otherwise, established himself as the coming leading light of the College. Mr Samuels Lall was an ardent admirer of the quiz system by which he used to give black marks to errant youth who could not prove the Binomial Theorem on the class blackboard when called upon to do so without notice. Later, after his illness, he became much too mild and managed to get more work done by his loving ways than the terror of his black mark system. Dr Griswold was another saint whom all students loved, though they concocted numerous stories about his absent-mindedness.

Mr Benade joined as a Professor. I sat in his classes sometimes. At other times, he thought I was there! Horrible confession, perhaps! Mechanics, the subject dreaded and shunned by the Intermediate students, was the only part of Physics that had not been covered by Dr Flemming, Mr Benade’s predecessor. Instead of attending lectures, the approaching University Examination lured us to the calm and quiet of the Lawrence Gardens where we prepared for the Examination on a sumptuous mid-day meal of bhatooras, ganderis and oranges. The sophisticated modern term “Luncheon” was not known in those days and “Tiffin” was eaten only by Sahib Lok. But I suppose the youth of today is no different from what it was in my days. It may be said to Mr Benade’s credit that he always had a willing audience when he demonstrated the use of spiked shoes in track events.

Dr Rice was the warden of my hostel. I am sure he has long since forgotten the obvious fun which we, the wheat-eating Punjabis, made of his name, Dr S. K. Datta was laying the foundations of the teaching of Biology in the College; he had not yet started building up his national reputation in politics and his international reputation in the Christian movement. The biggest favourites of all, however, were the Professors of Sanskrit and Persian. My brother, who was my senior in college by five years, and I have not yet been able to decided as to which of these two revered gentlemen was more instructive, entertaining and gifted – the Pandit in his expositions of the seven forms of marriage referred to in Shakuntala, or the Moulvi Sahib who could always cap a quotation with one better from his inexhaustible fund.

Later, I saw the Ewing Hall built up and I just missed living in it when Dr Ewing and Dr Carter Speers offered me facilities to work in the industrial chemistry laboratory in 1919. I attended an Alumni Dinner or two but my fate was cast in the southernmost corner of India where I could always plead that while a Punjabi was teaching the youth of Travancore, a Travancorian, Dr Chacko, was rendering similar service in the Forman College.

Of my contemporaries, the one who continued his contact with the Forman College was Professor E. T. Dean. S. P. Singha had been there in those days but, because of his skill in cricket, he roamed the Olympian heights. Sri Krishna, the Scientific Liaison Officer in the U. K. for the Government of India, was my contemporary; both of us somewhat diminutive in size, had to use all our wits to mix on equal terms with the sturdier and hirsute stalwarts of East and West Punjab who were our classmates. The late Dr Shanti Swarup Bhatnagar joined the college for B. Sc. only after I had left for Europe after passing the Intermediate Examination.

Extract from “Random Reflexions of a Formanite (1911-13)” by Dr K L Moudgill, The Seventieth Anniversary of Forman Christian College, 1956. [This date is based on the re-opening of FCC in 1886.]
Photograph: Ewing Memorial Library archives.