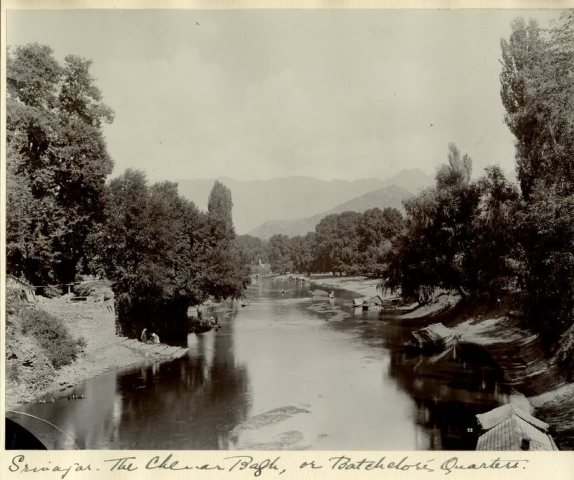 Mr. and Mrs. P. H. Benade of Donaghy Avenue [Big Run, Pennsylvania] have received a letter from India, telling of the marriage of their son, James Martin Benade to Miss Miriam McGaw, both of whom are doing missionary work under the Presbyterian Board of Missions.

The letter describes the ceremony as follows: James Martin Benade and Miss Miriam McGaw, teacher in Mary Wanamaker High School at Allahabad, were united in marriage on June 27th, 1922, at Srinagar, Kashmere. The ceremony was performed under a huge old chinar tree, the decorations being cattails and pink dahlias with glossy green lotus leaves forming a semi-circle under the tree. Small tea tables and chairs were placed inside and a path from the tent to the circle was bordered with lotus leaves. The bride carried a bouquet of lotus blossoms. Rev. A. G. McGaw, father of the bride, performed the ceremony. Delicious refreshments were served to the many guests and pictures were taken. After spending their honeymoon in Kashmere, they will be at home at the The Abbey, Napier Road, Lahore, India.

Mr Benade is a graduate of Grove City College and Princeton University and is head of the department of Physics of the Forman College at Lahore. The bride, who is the daughter of Dr. and Mrs. A. G. McGaw Presbyterian missionaries, was educated at Wooster College. Mr. and Mrs. Benade will remain in India until 1926.