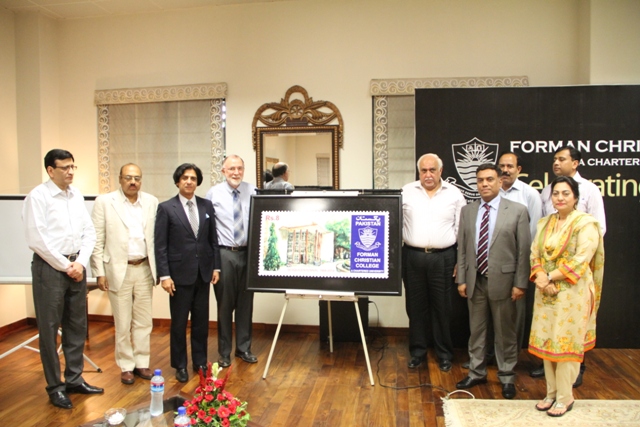 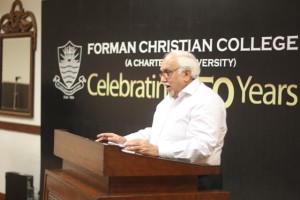 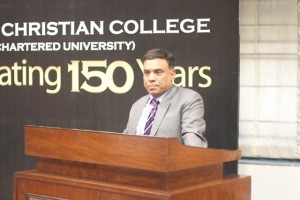 The stamp depicts Sinclair Hall which was constructed to mark the centenary of FCC and named after a dedicated Principal, Dr E J Sinclair who served FCC for over fifty years as a faculty member and from 1962-1968 as Principal. The building was designed by architect Nasreddin Murat Khan who also designed the Minar-e-Pakistan. The depiction is by watercolour artist Anjum Zaheer.

Fakir Syed Shaharyaruddin and Mr Sikander Jalal, who are both Formanites, shared their memories of FCC and congratulated their alma mater on successfully completing 150 years of service to the nation. A presentation on Pakistani Philately by renowned historian Fakir Syed Aijazuddin concluded the event. 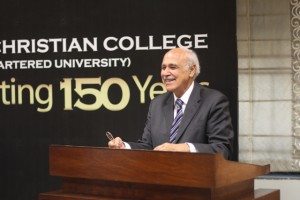 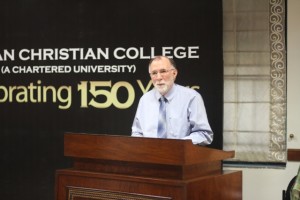 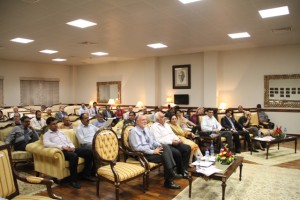