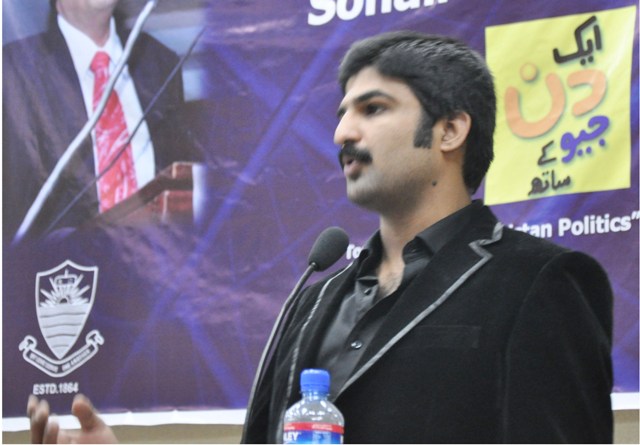 It was a great morning when I woke up and my father told me to go to Lahore and get the admission forms. So I came to Lahore, got the forms, filled them and submitted them the same day because I didn’t want to lose the opportunity to be a part of FCC. After doing Intermediate in 2008, I decided to carry on at same institution for Baccalaureate. I had many opportunities but my soul never wanted to detach from its real body, that is FCC. On my first day of the Baccalaureate, when I entered into the class, my legs started shivering and moving one step ahead seemed to be like climbing Mount Everest. I lacked confidence but my teachers helped me a lot. My freshman year was tough, but with the passage of time, time started flying. Sophomore year was gone, junior year was going to end, and I decided to contest a society election. I don’t have a huge social circle. I was unsure and confused. Ignoring these feelings, I went to the Dean of Student’s office to get the nomination form. Like drops gathering in the sea, soon I had a gigantic group of friends who were supporting me. That built my confidence and I moved on. Ultimately I won the election and made good progress in the Formanite Journalism Society. It made me realize that I have done so much with so little.

Author: The author is from Hafizabad. He did Intermediate and BA (Hons) Mass Communication from FCC and had a great time at the university.