Home » A Piece of the Past » Naseer Ahmed, the College Barber 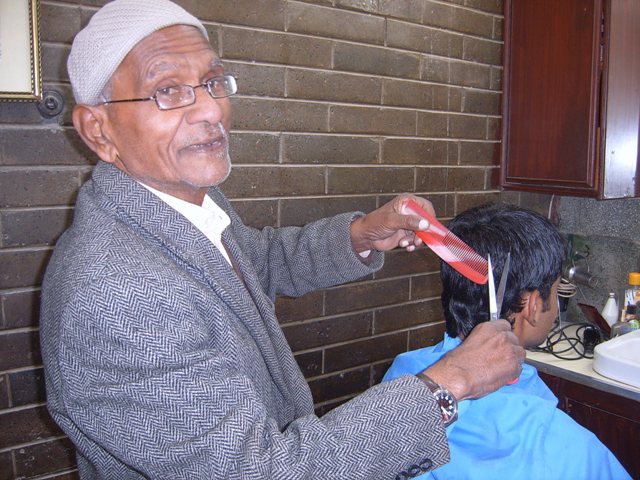 Working in the FCC barber shop

Naseer Ahmed, the famous college barber, is part and parcel of FCC. He was a young man when he came from Dehra Dun (India) looking for a job and has spent most of his life here.  He and his elder brother Shafiq started this barbershop in 1945. Now he is about 77 years old and runs the shop with his son Muhammad Idrees. He has a vivid and sharp memory of the past, which he calls a golden time. Lean and talkative, he speaks non-stop in a raspy voice about his past. You have to interrupt him to bring him to the present.

He proudly announces that he has given a haircut to all the “Barey Sahibs” of this campus since 1945. All the teachers and students know him and he has been their hair stylist at some time or the other. Name any famous alumni of FCC, and he usually knows them and says “Those were great people – you can’t find such people nowadays.”

He had the privilege of playing basketball with Dr S L Sheets in his younger days and played at the position of defender. He won matches and gained popularity with students and teachers. He remembers the treats given by Dr  Sheets at the campus canteen after the matches.

Past memories brings a spark into his old eyes. A loyal and devoted worker of FCC, he wants to continue working at the campus for the remaining part of his life. A brief interview was recorded with him.

Naseer, how do you see the time now compared to the old days?

The time has changed fast. Not that the people are not loving and caring, but now people don’t have the time to spare to sit together. They have isolated themselves and are completely absorbed in their own life.

Can you give us some example?

Yes. I used to go very regularly to the residence of Dr Sinclair for his haircut. We used to have discussions and he never let me return without a cup of tea. He was very particular about time. Once I was late by fifteen minutes and he asked me to go back and come the next day. That day I had borrowed a watch from someone, which gave the wrong time. Dr Sinclair was a man of principle. I remember that he turned out his son “Putty” from the college when he saw him smoking outside Velte Hall. Dr Sinclair was both the Principal of the college and warden of Velte Hall. His son went to England and joined the Royal Air Force.

You were a good basketball player and used to play with Dr Sinclair. Is that true?

I was in the team of Dr Sinclair and Dr Sheets. Both were good basketball players. I kept up the practice and became the captain of the Punjab team from the FC College Campus Club. We won many matches for the college. 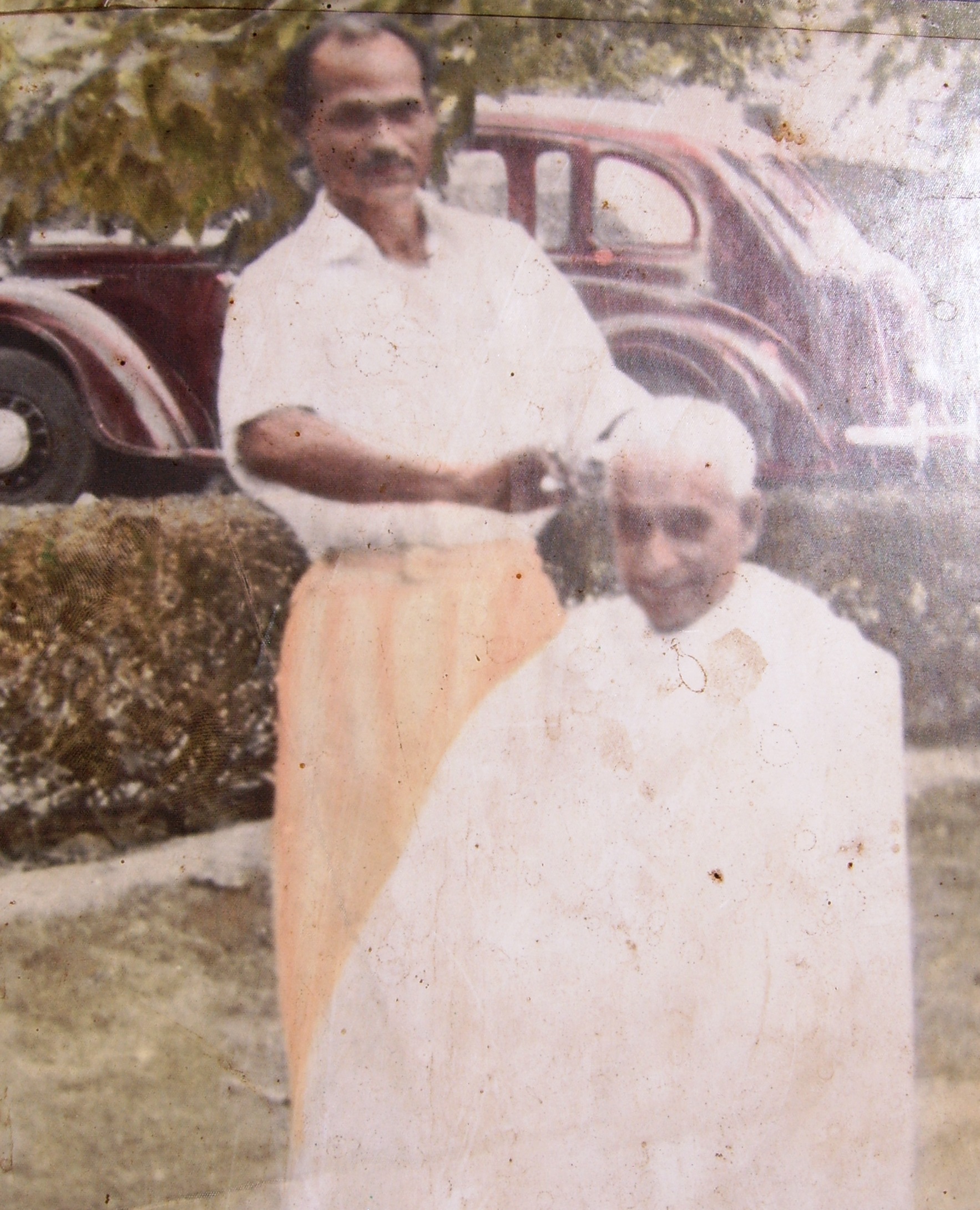 Source: This article was previously printed in Formanite Forum, Spring 2010.

Note: Naseer Ahmed passed away on 15 August 2011. FCC received many messages of condolence on his death. The following is a message sent by a former student and teacher at FCC:

I met Naseer Ahmad soon after I joined FC College in the fall of 1952 as a third year student. He took one look at me and said, “Are you Zaheer’s brother?” My brother Zaheer had been a student at FCC in 1950-51. Other members of my family have told me of their similar experiences. I was amazed at his uncanny ability to remember names and faces. Indeed, he had a photographic memory. May Allah bless his soul.
Riaz Hussain (BSc 1954)