My Visit to the Camp

Home » A Piece of the Past » My Visit to the Camp 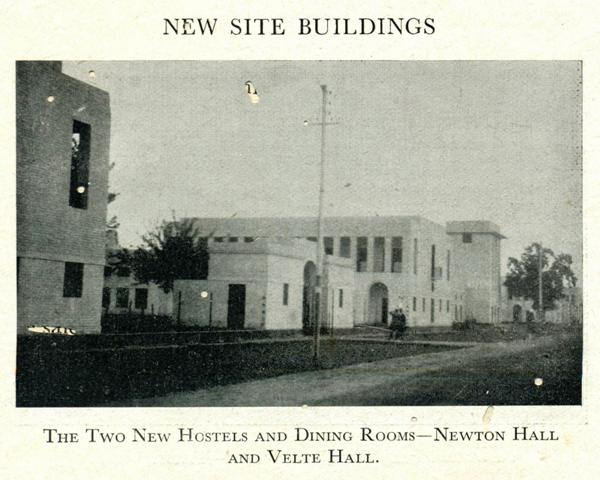 It was in the year 1937 that I came for my B.A. in the Forman Christian College. It was a remarkable change for I had shifted from a “pathshala” to a college, a college which is a college in every sense of the word. Since then I have been proud of it. But I have often felt inferior for I have a disqualification which I have always hesitated to disclose. All these years I have tried to hide the fact that I am not an “Old Camper.” I had never gone to the new site though I had read and heard much about it and knew everything about the new scheme of the authorities. Two camps had been held but I had yet to see what a camp was and what the new site looked like.

It was one afternoon in the last week of March this year. I was sitting in a corner of the English seminar, turning the pages of The Cambridge History of English Literature, when suddenly a friend walked in with the news that Dr. Velte had been kind enough to postpone our examinations to the second fortnight of May. What a heartening news it was! It was a pleasant surprise. We all closed our books, and how to celebrate the good news became the topic of discussion. Some were in favour of going to see “Zindagi,” others were very emphatic in putting forward the claims of “Ninotchka.” I, being a non-camper, of course, was for paying a visit to the camp. My suggestion was not appreciated so I found myself among a microscopic minority. The musical sound of the library clock announced three and we were on our legs. I got only one companion and we both made our way to the camp. Cycling through Lawrence Gardens, in ten minutes we were on the Jail Road. 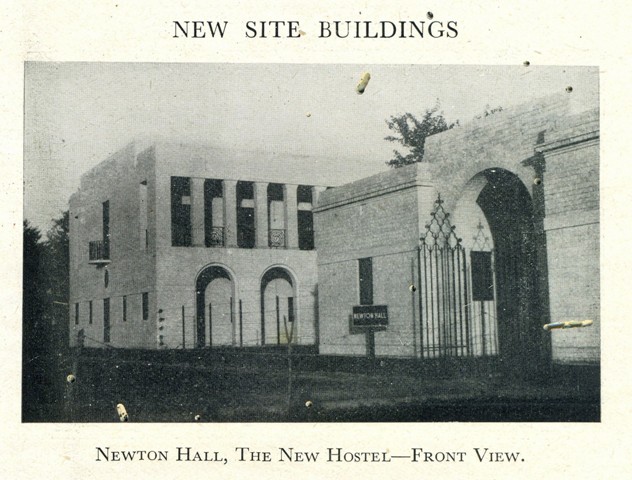 A few minutes after we had taken the turn along the canal, I at once noticed the College flag flying high, a number of tents, some beautiful white buildings and bungalows and a small pillar enclosing a vast area of land. This sight revived in me the experiences of my childhood when in 1923 I had seen the beautiful city of New Delhi being erected in nearly similar conditions and surroundings.

A crossing over the canal brought us to the “Forman Christian College Estate.” We did not know that Mr. Speers had succeeded by then in getting a fine pakka road leading direct to the main building of the College.

As were going round the buildings, I saw a yellowish white car in the distance. I thought that Mrs. Datta had gone in for a new car with her change to the new site. But a little enquiry revealed that it belonged to the car-driving class of the campers. After going around the College buildings, where an enormous amount of labourers is at work, and the hostel, which is nearly complete, we went to the tents and met some of the students.

Unfortunately, we could not meet the professors for they had all gone to Lahore, probably to avail themselves of the latest additions to their wardrobes in preparation for the Staff Dinner which was to come off that night on the site. 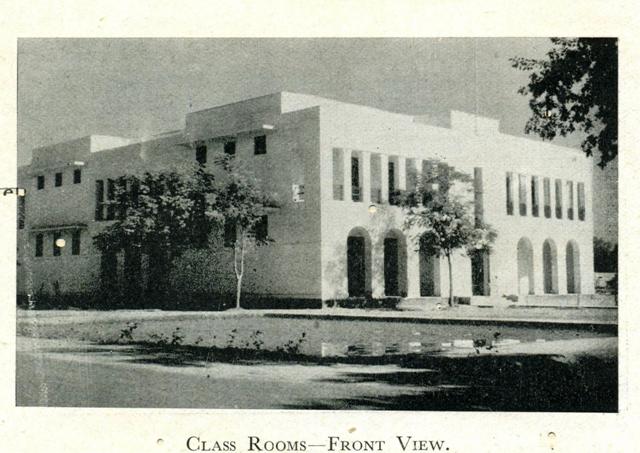 As we were taking tea with Mr. Prabodh Chander in his tastefully decorated tent-probably the best pitched there- we heard the loud beat of a drum. This we were told was the call for tea. It was then exactly 4-30 o’ clock. We went to the big dining hall and it was a treat to watch a stream of “Firsties,” carrying their mugs, coming for tea. Three buckets full of tea, milk and lassi were there. Every student had his own ticket on which was printed the drink he would have. One bun was provided to every student. It was funny to see some students employing peculiar tactics to get more than their due. Some had brought in a big lota in place of a mug and thus insisted on having more than their share.

Another opportunity to visit the camp was provided by Mr. Cyprian who was an officer of the camp. It was the first of April and Mr. Cyprian, on entering our class was presented with an “Address of Congratulations” on his nuptials during the Easter. He responded with an invitation to all of us to dine with him at the new site that very evening. We reached there at about half-past six and witnessed the “retreat.” Shortly after this ceremony was over, we went to the dining hall. The hall itself is beautiful but the atmosphere there was that of a market. We were provided with plates and mugs by Prof. Mehra and proceeded with the dinner.

On our way back I was absolutely quiet. I did not talk to my companion. I was thinking of the new site and the residential scheme. It is, of course, a grand scheme. The Forman College on the new site, I thought, would be an ideal institution. It would be an institution of its own kind in India. 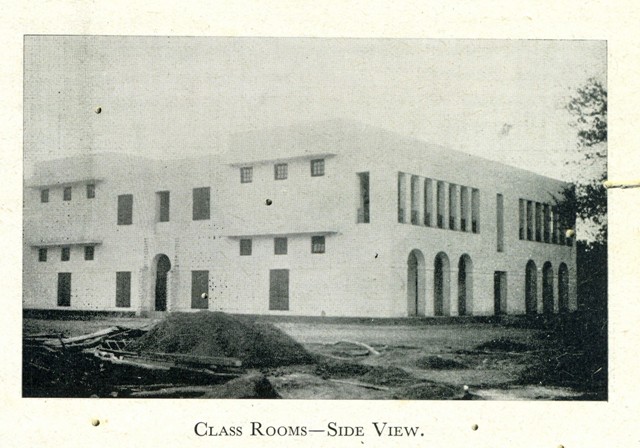