Home » A Piece of the Past » Historical Sketch 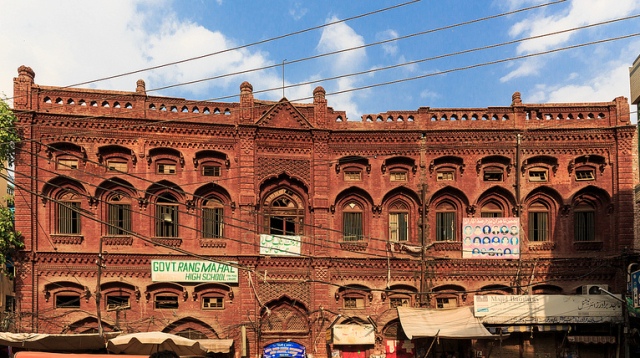 The Forman Christian College is an aided institution, preparing students for degrees in Arts and Sciences of the Punjab University. It is under the care of, and supported by, the Ludhiana Mission, of the American Presbyterian Church, United States of America, and is controlled by a Board of Trustees appointed by that Mission. It was formerly called the Lahore Mission College, but in November, 1894, by an action of the Ludhiana Mission this name was changed to that of “The Forman Christian College”. Dr. Forman’s actual connection with the College covers a period of only a few years, yet his work was the necessary preparation for the enterprise and forms the foundation on which it will ever rest. Any sketch of the history of the Forman Christian College would be incomplete without a reference to the older institution, the Mission School, out of which it grew, and with which its early history is interwoven.

On December 19th, 1849, the Rev. C. W. Forman, D. D., opened a small School near the Bhati Gate. It was the first A. V. [Anglo Vernacular i.e. English medium] institution in Lahore, and indeed the first North of the Beas. It began with only three boys, for there was little desire for education among Panjabis in those days, and the first pupils had to be paid to induce them to come to school. But the people soon began to see where their interests lay, and under Dr. Forman’s wise and able management the school rapidly grew, until after a period of 20 years there were some 1,600 pupils reading in the Rang Mahal and in Branches connected with it. It was now felt by Dr. Forman that the time had come for completing his educational system by the establishment of a College Department. Accordingly, Collegiate classes were opened by him in 1864, and, on his departure to America, the Rev. Alexander Henry, M. A. became the Principal of the new institution, while the Rev. W. J. P. Morrison occupied the chair of English Language and Literature. The College enjoyed a brief but prosperous existence. Within the four years that it remained in operation it was successful in passing the following Graduates and Under-Graduates at the Calcutta University Examinations:-

Resuscitation of the College.

In 1886, the Ludhiana Mission took steps to resuscitate the College. In the meantime, Higher Education had made considerable progress in the Punjab, and the number of students seeking University education had greatly increased. The Government College, the only institution for Higher Education in Lahore at that time, had an overflow of students and the Government itself was ready to encourage the establishment of Private Colleges, where religious education could be given and where the dangerous tendencies of a purely secular education could be counteracted. These and other circumstances made that year a very opportune time for re-opening the College, and greatly facilitated the work. The task of laying the foundation of the new institution was committed to the Rev. C. W. Forman, D. D., who became its Principal, and to the Rev. H. C. Velte, M. A., who undertook the duties of the Professor of English. Accordingly, in June 1886, the first class was organised, followed by a second in 1887, a third in 1888, and a fourth in 1889. In 1888 the College sent its first students up for the Intermediate Examination, and in 1890, the first candidates for the Degree of Bachelor of Arts. The institution had now developed into a full Arts College, and was ready to take its place among the older Colleges of the Panjab.

The success of the College during the first ten years of its existence has surpassed the expectations of its friends. The work was begun on a very small scale. Each year witnessed a large increase in the number of students. At the end of the first year, the number enrolled was 15, at the end of the second 109, of the third 130, of the fifth 181; in 1896, it reached 242.

The results of the College in the University Examinations also were highly satisfactory. During the first ten years its students have taken the first place, twice in the Intermediate Examination,  and twice in the B.A Examination; they have also, as the College Register below will show, won a large share of the Scholarships, Medals and Prizes. The number of successful candidates since the beginning is as follows:-

The rapid increase in the number of students made it necessary before the end of the second year to transfer the College from the Rang Mahal, where it was begun, first to a Bungalow near the Bhati Gate, then to a larger Bungalow in old Court Street. In April, 1889, the Government sanctioned a Maintenance Grant, and the College from that date began its career as an aided institution. A very valuable site was obtained during the same year from the Local Government and a Building Grant of Rs. 20,000 and the work of erecting suitable buildings was at once undertaken. In 1889, the College was moved to its present quarters [Napier Road], and the building was formally opened by His Excellency, the Marquis of Lansdowne, Viceroy and Governor-General of India. The original building has since  been enlarged, and other buildings have been added and we now have the following:-

Source: The Forman Christian College, Lahore. Prospectus 1897-98. April 15th 1987. Printed at the “Punjab Christian” Press.
Image: Liaqat Ali Vance’s photostream on flickr.com.
Note: The Walled City of Lahore Authority website http://walledcitylahore.gop.pk, says this about the Rang Mahal school building: “Haveli Mian Khan, a massive haveli, was built in Emperor Shah Jahan’s reign by his Prime Minister Nawab Saadullah Khan. It was completed during the reign of Emperor Aurangzeb by the Nawab’s son, Mian Khan, who was the then Governor of Lahore. This grand edifice was spread over two square kilometres, and it was divided into three sections: the women’s quarter called Zinnan Khana, the men’s quarter which was called Rang Mahal, and the Qalai Khana, whose walls touched those of Masjid Chinyaanwali. When the British took over Lahore in 1849, they converted Rang Mahal into a Mission School. Till date, the building is in use of the school.”