Here’s To Another 150 Years 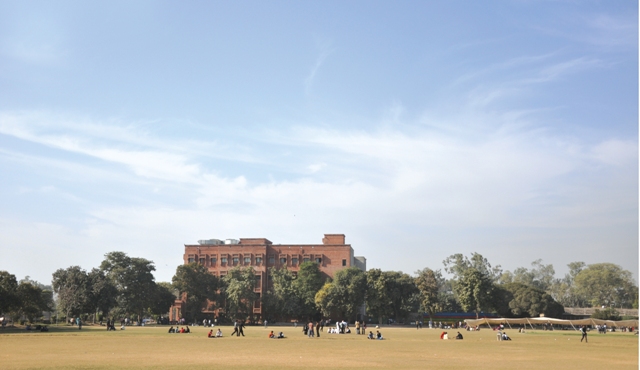 Here’s to another 150 years of glory of the FC College.

Luckily my freshman year at FC College is the year of its 150th anniversary, which is nothing short of a remarkable achievement. The key to happiness in life, I used to believe, was to have blind faith in yourself and in God and in that good things will happen to you. This belief of mine became all the more intact when I became a Formanite. From my orientation day with the legend Ms Cheryl Burke to every day for the rest of my life, FC College will always be the best thing that ever happened to me.

I grew up a dreamer. I would watch massive universities in films, with thousands of students, hostels, literally cities within cities. Such was the kind of university I dreamed of being a part of. And just stepping into FC College gave me the instant realization that not only would this hundred plus acres fulfill my dream, but would also be home to all my future dreams. And that is exactly what happened. I have always been a dreamer. I dream that FC College goes on glorifying the lives of thousands for another 150 years and more, as it has and as it will continue doing so.

So here’s to every Formanite that is out there. Here’s to the thousands of trees and birds of FC College. Here’s to the Lucas Center, the Susheela Building, the Armacost Building. Here’s to all the alumni.

Author: The author is a content writer for an NGO and a freelance photographer. He is in his freshman year at FCC, and plans on double-majoring in Mass Communication and Economics.