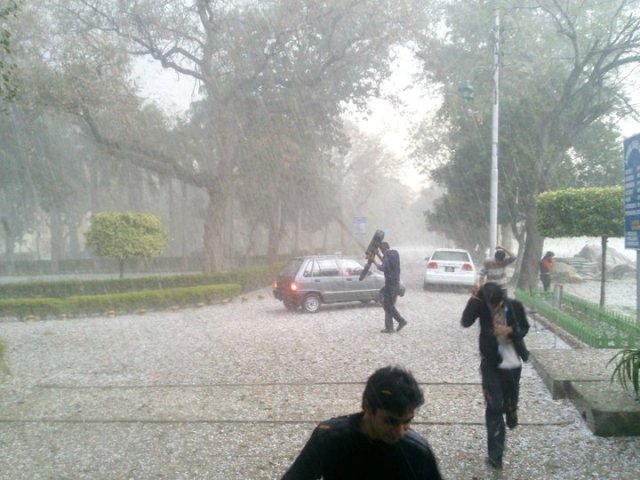 It was a cold evening in February 2011, but still FCC was looking like the most crowded place ever at 5 o’clock. We were standing in the Ahmed Saeed Building and waiting for our token numbers for add/drop. Finally, after hours and hours, my token number was called. I  came out of the building after adding a course and suddenly heavy rain started. But that was not all. With this heavy rain there was a hailstorm too. Everyone gathered at the entrance. Students were running towards the building. Ah! And after a few minutes a white layer of ice covered the whole of FCC. FCC was looking like a paradise on earth.

Author: The author is a senior, majoring in Chemistry and Mass Communication at FCC.