Home » A Piece of the Past » First Formanite to win MC 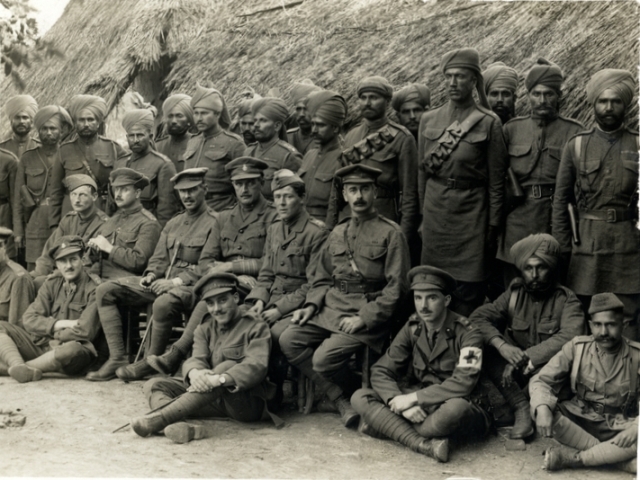 Between the years 1889 and 1902 Indrajit Singh, the son of Raja Sir Harnam Singh, was a student of the College. Subsequently he went to Cambridge and took his degree in medicine and was appointed to the Indian Medical Service. Early in 1914 he was attached to the 57th Wildes Rifles and when the War broke out he accompanied the regiment to France. In November 1914, he was killed in action and was buried at Bethune, where the writer of this account visited his grave. For his gallant conduct in the filed he was awarded, posthumously, the Military Cross. The College Magazine for November 1914, gives an account of the Memorial Service held in the Hall. His memory is kept alive in the College by an endowed scholarship, known as the Indrajit Singh Scholarship, which was founded by his father and is awarded to a Christian student preparing himself for the profession of medicine. During the War two other former students won military distinction and were awarded the Military Cross.

Text: S. K. Datta’s “The History of the Forman Christian College: Selections from the Records of the College 1869-1936”.
Image: Photograph by H. D. Girdwood (1878-1964) of British and Indian officers of the 57th [Wilde’s] Rifles taken on 6 August 1915. In the possession of the British Library.
http://commons.wikimedia.org/wiki/File:British_and_Indian_officers_of_the_57th_Wildes_Rifles_(Photo_24-277).jpg

Note 1: According to the Commonwealth War Graves Commission (www.cwgc.org), Capt. Kanwar Indrajit Singh of the Indian Medical Service died on 24 November 1914 and is buried in grave 1. A. 23. in Bethune Town Cemetery, France.

Note 2: Capt. Dr. Indrajit Singh MC was not the only son of Raja Sir Harnam Singh to attend FCC. According to  http://www.royalark.net/India/kapurth3.htm, at least three more of his sons were Formanites:

Note 3: The January-February 1942 edition of Folio, Vol XXXIII, No. 2, has the following paragraph (p. 40):
This institution has lost a great friend and thoughtful adviser in the death of Raja Raghbir Singh, a member of the Board of Directors and the eldest son of the Late Raja Sir Harnam Singh. The Raja Sahib had been on the Board for several years and was one of its revered members. Our deepest sympathies with the illustrious family especially Mr. Justice Kanwar Dalip Singh, who is not only a very distinguished alumnus but also a much valued member of the Board. EDITOR. [Om Prakash Sharma.]