A Donkey in the Class 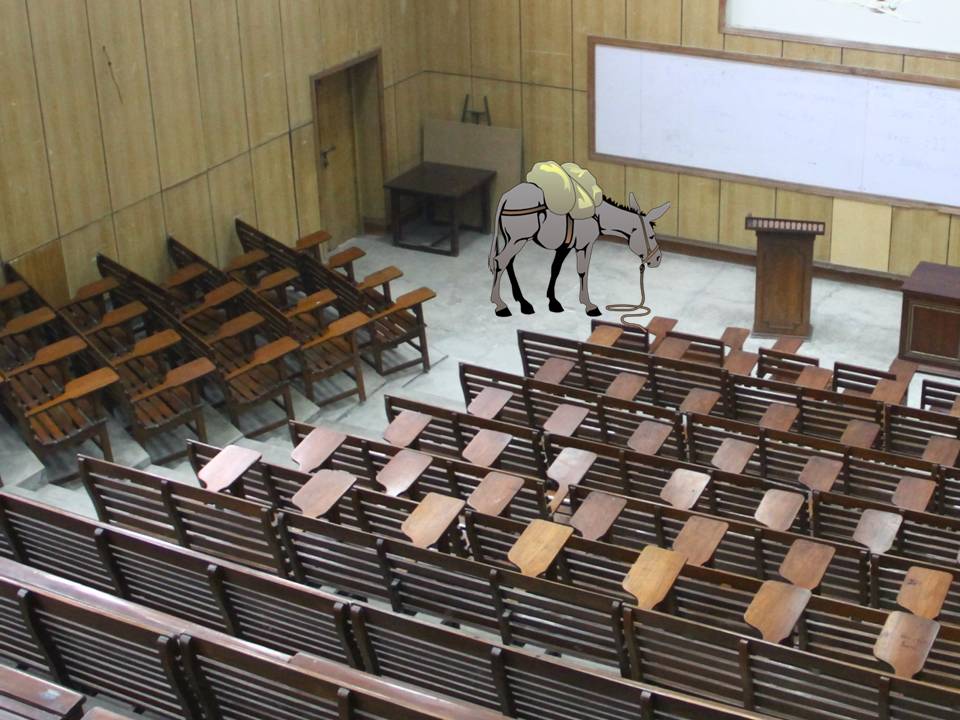 Dr Thoburn used to take a large general Physics class in P-10, maybe three or four sections together. This is the large auditorium on the ground floor of P Block and it has a door leading directly outdoors at one end of the room. During those days there was construction going on in the campus and donkeys were used to bring bricks and gravel and other material. One day a donkey wandered over towards P-10, probably because it felt the cool breeze coming from inside. The students opened the door, brought the donkey in and tethered it to the front of the class. When Dr Thoburn came in, he completely ignored the donkey and proceeded to take attendance. When all the students had been accounted for, he pointed towards the donkey and asked them, “What is the name of this student?” The students felt so embarrassed, that two of them quietly got up and led the donkey out of the auditorium.

This story was told to me by Dr Thoburn himself. He was the head of the Physics Department when I joined FC in 1961.

Image of donkey is in public domain. Photograph of P-10 in FCC Collection.